How our journey began

Adopting new renewable energy sources is one of the most significant future opportunities of our planet. Biomasses are a real alternative to fossil fuels. We began as innovators and pioneers in the development of wood gasification technology. Our technology replaces one litre of oil with approximately two kilograms of dry wood.

After turning our woodchip powerplant into a commercial success, it was clear to us why many promising ideas never take fligh: it’s because for a small team going from prototype to production is very challenging, no matter how brilliant the idea is and how hard the team works.

It takes money, nerves, hard work, design experience and knowledge of available parts & manufacturing processes which most startup teams simply do not have the resources to possess in-house.

It’s time we made our know-how available to everyone. Let’s turn your green dreams to productive reality together!

Today, clean energy and other green transition technology industries grow at a staggering rate. In addition to being an industry with high demand and potential for commercial success stories, we believe pushing the world towards green transition is one of the most responsible things we as humans can do.

We have put together our team from motivated professionals who are fully committed to achieving our mutual goals. Our team has a passion and insight to put ideas into practice.

We are not trying to do everything ourselves. Seamless cooperation with our subcontractors who know what we need allows us to concentrate on the areas we know best. Our personnel and subcontractors have gained invaluable know-how by solving practical problems.

Years saved by partnering with us

In 1998, Juha Sipilä, the prime minister of Finland and the founder of Volter Ltd, was looking for an electricity supplier for his cottage in Northern Finland. The offer was more than the cost of the cottage, which made him consider his own electricity production. The project turned into a self-sufficient island, where windmill and diesel aggregate were producing the needed electricity. An idea of replacing diesel with wood chips was born soon.

The first device where Juha Sipilä tested the wood gasification technology was an El Camino car. He built the gasifier on the back of the pickup truck to prove that the technology works. 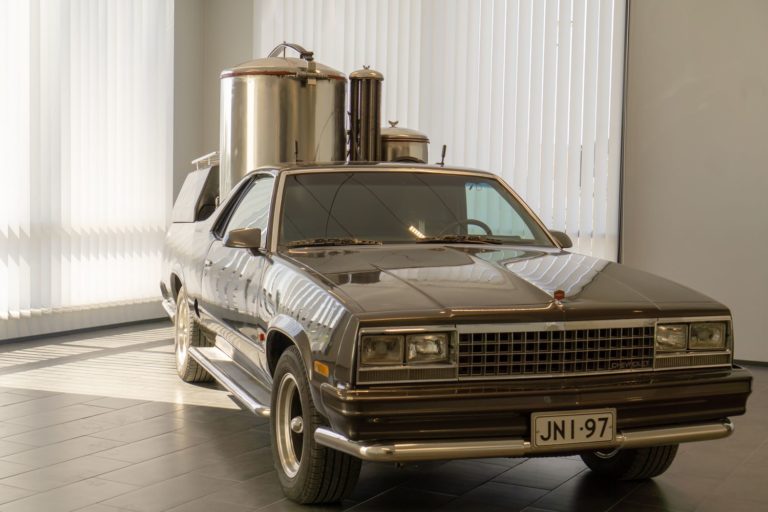 We turned the idea tested in the cottage and the El Camino into broader use and built the first Volter CHP into Kempele Ecovillage. The Ecovillage became the first energy self-sufficient residential area in Finland; all the needed energy was produced independently and with nearly zero emissions with wood chips and wind power.

Juha Sipilä stepped down from Volter’s ownership and moved to politics.

We developed and manufactured the very first Volter 40 CHP, which was an outdoor container model.

The container version of the Volter 40 CHP was redesigned, and the indoor model was launched. The CHP got an entirely new, compact and modern look. The modularly scalable model was only 4,8 m long, 1,2 m wide and 2,5 m high. The heat and electricity output remained the same. 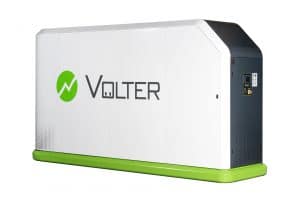 Years of persistent work of our pioneers was rewarded with a great growth of our company. Our CHP became more and more known amongst independent energy producers around Europe and Japan and our turnover grew 200 %.

The Technology Industries of Finland awarded the Volter 40 CHP as a Sheet Metal Product of the year and the Industrial Series winner.

We manufactured our 100th Volter CHP in September. By that milestone, our power plants provided heat and power for our customers in Finland, Sweden, Norway, Estonia, Italy, Japan, Switzerland, Canada and the UK.

Volter was awarded as the winner of Kasvu Open, which is a national competition for growth companies in Finland. 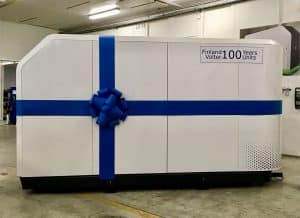 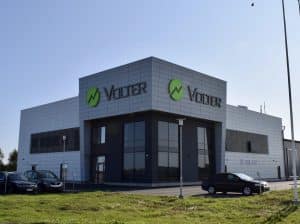 To productize our own idea for a wood gasification powerplant, we built a capable team of engineers. Now, it was time to make that product design and production team available to our customers.

After years of design and listening to customer feedback, our 2nd generation woodchip powerplant is ready! With it, Walter brings big improvements to power output, usability and ease of maintenance. 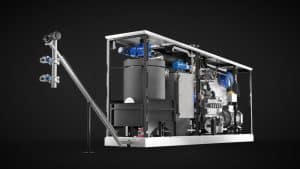 Ask for a quote or more details...

Send a call request with the form below. We are happy to answer your questions!